By the Atlantic shore, between a 17-century fort and a contemporary, super conceptual cruise terminal, both placed on rocky piers, She Changes dances onshore, with the wind.

She Changes creates one of the most original shorescapes of the entire Portuguese coast. It’s in the town of Matoshinos, former fishermen village now part of the greater Porto, now with a skyline completely changed by a (rather odd) mix of luxury and dull contemporary buildings of apartments that would ruin pretty much the whole charm of the place if it wouldn’t have been for a wide, long and promenade to separate them from the beautiful Atlantic beach in front. 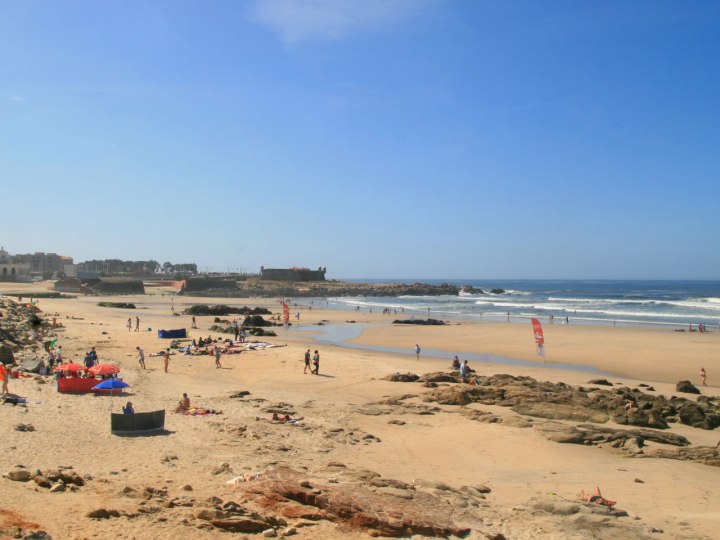 The 17th century fort, or Castelo do Queijo (the Castle of Cheese) is constructed on a rock that somehow resembles a block of cheese, and upon much earlier foundations, and sits right near this wide beach, also Porto’s most consistent surf spot.

Not far from it, and marking the end of the sea promenade, there’s the urban square where She Changes, the giant net of 45 metres width is suspended at over 25 metres above ground. 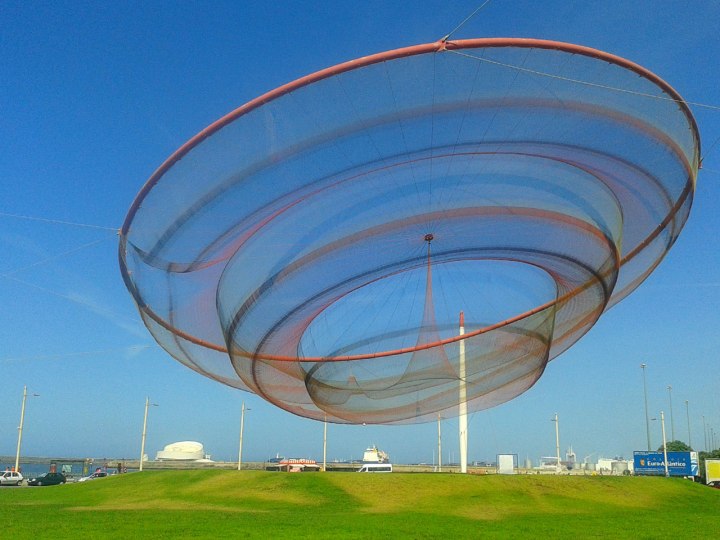 The net is designed by North American artist Janet Echelman, who specialised in large urban installations, and says that She Changes “is credited as the first permanent, monumental public sculpture to use an entirely soft and flexible set of membranes moving fluidly in wind.” The locals see it more like a giant flower, though, and they call it anemona.

She Changes was installed in 2005. Its net is woven from 36 individual sections of varying densities that give the its distinctive shape. The net material is a 100% UV-resistant, colorfast fiber made of PTFE, the substance most widely known as the non-stick cooking surface Teflon. 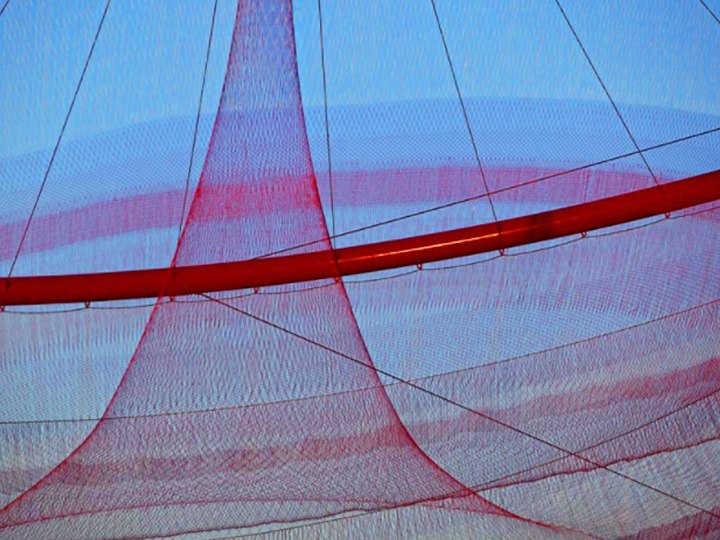 A few kilometers from the centre of Porto, and facing the Atlantic, Matosinhos is all about big open spaces, wide beaches and rocky shores, fishing industry and many restaurants to enjoy the capture of the day, Alvaro Siza’s early works, streets with vintage charm and lots of contrasts.