A fashion store in Milan. An exhibition of a conceptual artist, in Santander. A light festival in Barcelona. A pavement design in Lisbon. All of them, in black and white. Simple lines, squares, circles, triangles. Abstract graphics.

“Irrational thoughts should be followed absolutely and logically.”

M Collective is one of the coolest concept stores in Milan. They opened in 2015 and are organising their collections according to, well, moods: Minus, Much and More. They also asked various artists and graphic designers to design these moods. The Minus below is by Caimbra.

Sol LeWitt believed the idea itself could be the work of art. Like an architect who creates a blueprint for a building and then turns the project over to a construction crew, an artist should be able to conceive of a work and then either delegate its actual production to others or perhaps even never make it at all. Leader of the conceptual movement, LeWitt (1928 – 2007) is known, among others, for his large scale wall drawings. Fundació Botin in Santander organised in 2015 a retrospective of some of these drawings. 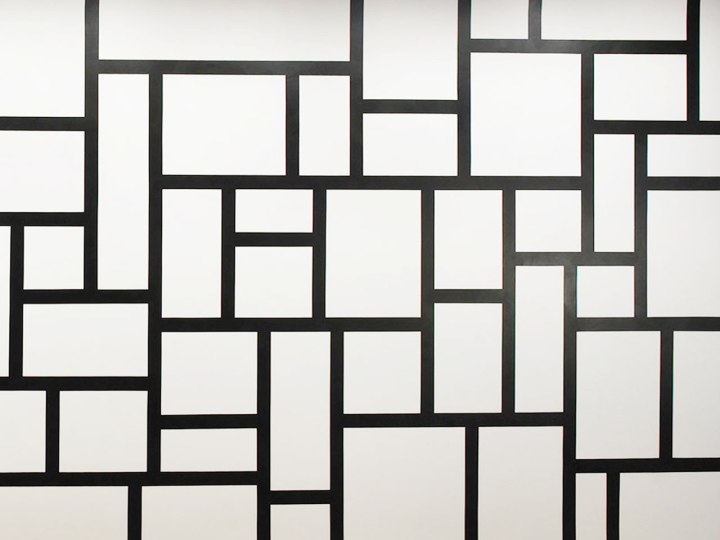 This installation was displayed in a Gothic palace patio, in the centre of Barcelona. Called Within the Universe, it was designed by a team if the European Design Institute (IED) Barcelona, the for Llum Light Festival of the city, in 2016.