Mundaka is a small village within the Urdaibai Biosphere Reserve, about one hour away from Bilbao. With a few houses, quite many restaurants and bars and a laid-back atmosphere, Mundaka is surrounded by nature: the estuary of Oca river, the sea, the hills around. And one of the best places to admire all this is from the central park, a big piece of green land with alleys and benches put right on the top of some steep rocks that rise from the sea. Despite being a fairly small village, Mundaka is internationally famous for its surfing scene as people come from all over the world to ride on one of the longest left waves in the world.

Mundaka has a long history and the legend says that in the 10th century a ship that came from Scotland in which an exiled princess was travelling arrived here. The Scots found a fountain that caught their attention for the clarity of their water and called it munda aqua, which means in Latin crystal clear water.

At present Mundaka is a small and charming town centered around the fishing port. The port is also the most picturesque corner of the town and is also where locals of all ages meet and spend time, either by the water, in the park, the pelota court or one of the bars in the area.

The Hermitage of Santa Catalina is located on a rocky outcrop on the edge of town, there has been a hermitage on this spot since Medieval times, although the current hermitage is from 1879. Its purpose was to control all the boat traffic that came into the village and has since been a quarantine for people with epidemic diseases, a meeting place for fishermen and a place to store ammunition.

Within walking distance from Mundaka, on the sea coast, there’s Bermeo, a village founded in 1236 and one of the most important fishing ports of the entire Biscay. It is the most populous town in the region and was the capital of the Lordship of Biscay from 1476 until 1602.

Rich in life and history and with multicolored, steep and labyrinthine fishing district, Bermeo has a medieval flavour given by its Tower of Ercilla, the cloister of the church of San Francisco and the temples of Santa Eufemia and Santa María. In Bermeo everything has been around the port for almost eight hundred years. People, streets, alleys and stairs – they all lead down here at the large docks and the active Lonja. There are plenty of bars to savour the catch of the day and the local specialties as well.

The river that meets the Cantabric Sea in Mundaka, Oca, is a natural setting of outstanding beauty and diversity, a 12-kilometre stretch of sandbanks that UNESCO has declared a world Biosphere Reserve in 1984. The Urdaibai Estuary is one of the most richly diverse natural landscapes in the Basque Country. Low altitude mountains with steep slopes give way to a valley that leads to the Cantabric, forming a wide estuary. The floodplain of the Oca river turns into marshland, while also shaping cliffs and beaches. This leads to the coexistence of a plethora of biotypes and ecosystems. 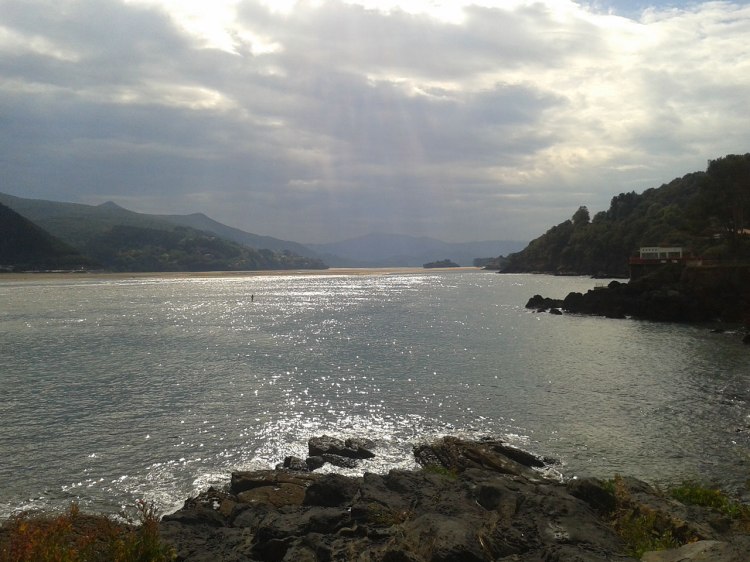